Tomorrow night, i’m returning to the Airliner once again for their monthly Go Folk Yourself event. I’m out of airplane metaphors for the time being, but I do hope you’ll come. In for a landing. OK I HAD TO DO IT. 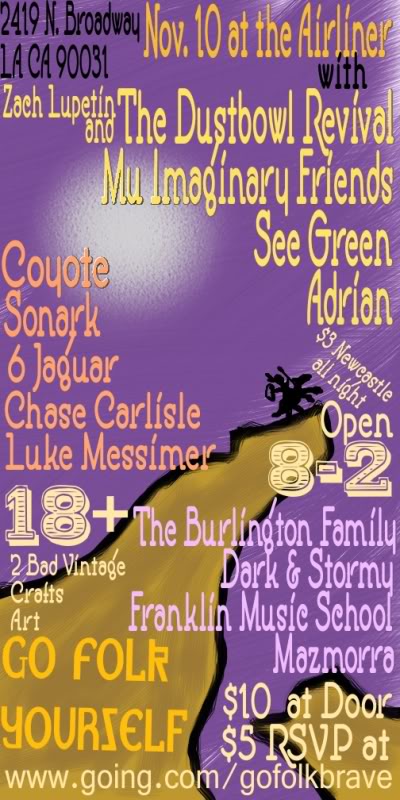 Just for fun…some footage of us playing “Devil in the Details,” sans usual equipment, in a Boston basement. Please excuse the recording/sound quality!

You may have noticed some aesthetic changes around here. And some verbal ones as well. This might leave you wondering what this whole “See Green” thing is about. But fear not, nothing has REALLY changed. It’s just that for performance purposes, I’m now playing under this abbreviated (and slightly modified) version of my name. I won’t bore you by listing all of the reasons for making this transition, but suffice it to say that it just works better- for me, for the music, for the venues, for the fans…everybody wins!! I’ve been in the studio lately, hard at work on my next EP…if all goes as planned, it will be ready for release in early 2010. I’ve been experimenting with some new sounds, new instruments and new ideas, and I couldn’t be more thrilled with the results thus far. I’ll be playing some of the new songs at my upcoming shows- expect some preview tracks online in the near future, and stay tuned!